Melatonin and Sleep-Wake rhythms before and after ocular lens replacement in elderly humans.

You are here:
February 15, 2016Scientific papers 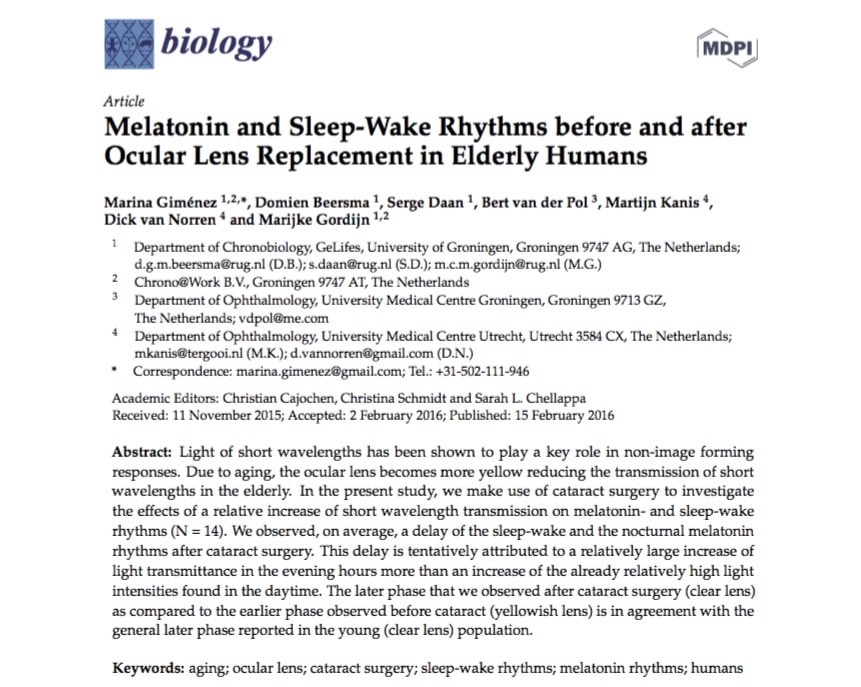 Light of short wavelengths has been shown to play a key role in non-image forming responses. Due to aging, the ocular lens becomes more yellow reducing the transmission of short wavelengths in the elderly. In the present study, we make use of cataract surgery to investigate the effects of a relative increase of short wavelength transmission on melatonin- and sleep-wake rhythms (N = 14). We observed, on average, a delay of the sleep-wake and the nocturnal melatonin rhythms after cataract surgery. This delay is tentatively attributed to a relatively large increase of light transmittance in the evening hours more than an increase of the already relatively high light intensities found in the daytime. The later phase that we observed after cataract surgery (clear lens) as compared to the earlier phase observed before cataract (yellowish lens) is in agreement with the general later phase reported in the young (clear lens) population.