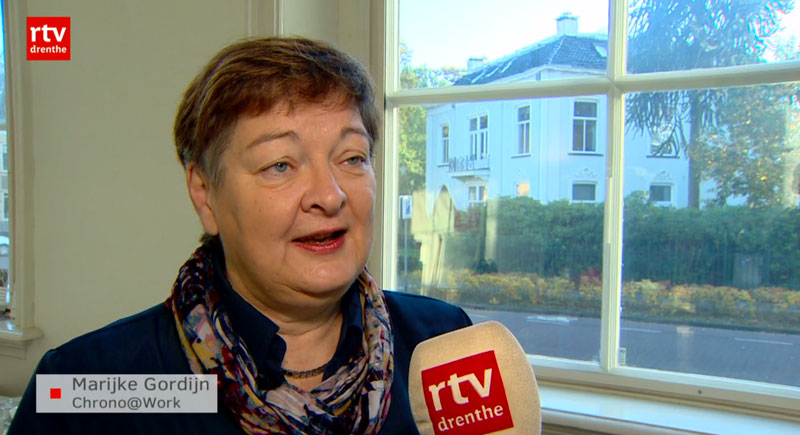 ASSEN – Daylight saving time and standard time, almost everyone is affected by it. Some more than others.

Some people need four weeks to get back to their ordinary rhythms. Along with the University of Groningen, Marijke Gordijn investigates sleep disorders: “Especially the switch to daylight saving time is tough for people who are sensitive to it. That are in particular the people that like to live in the evenings.”

The clock shifts back an hour
Coming weekend the clock is shifted back an hour again and we return to standardtime. In 1916 daylight saving time was first introduced, a decision that was overturned a few years later. In the 70s of the previous century it was reintroduced as a way to save energy consumption.

‘Nonsense’
No longer necessary, says Marijke Gordijn: “These days it is nonsense that daylight saving time and standard time still exist. Even the argument of reduced energy consumption is no longer valid. Indeed: because of daylight saving time more energy is consumed by airconditioning that has to be on longer!”