‘The optimal working schedule is different for everyone.’ 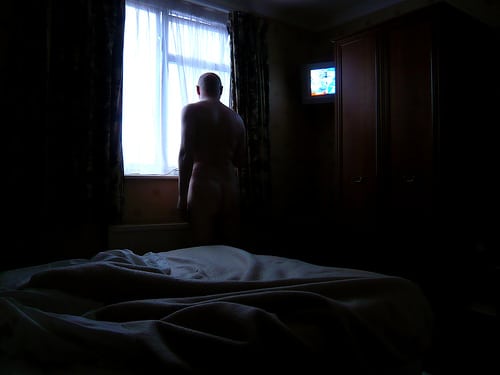 ‘The optimal working schedule is different for everyone.’

Increasingly, Dutch businesses are looking for ways to increase health of their shift workers, according to chronobiologist Marijke Gordijn of the Univerity of Groningen. Her company Chrono@Work increasingly gets asked about what to do concerning workplace lighting, food patterns and the right way to schedule personnel.

Gordijn works for the University of Groningen, investigates the effects of light commissioned by the company MediluX and has her own company called Chrono@Work, for which she performs research and consults companies about working conditions for shift workers.

Last year Gordijn published her research investigating police officers working in shifts in the province of Drenthe. In her study Gordijn experimented with ways to increase alertness during night-shifts. The research showed that a twenty minute powernap increased the alertness of the police officers and that the risk of dozing off behind the wheel when driving home decreased by 50%.

Shouldn’t we just get rid of shift work?
“Shift work is harmful for human health in the long term. We work, eat and are exposed to light at a time that our body is set to sleep. During my research however, I put great emphasis on individual differences. There are morning and evening people. You can imagine that morning people have a harder time dealing with night-shifts then evening people. So, the optimal working schedule differs from one person to another. When making schedules as an employer I would take this into account, but that is not easy. Still, there are companies that experiment with this and I think that’s good.”
Why do companies have more concern for well-being then the shift workers do?
“I think that many employers are becoming aware of a durable deployment of their staff. A lot of personell is getting older and more vulnerable, this could be a reason. Concerning the field of lighting we had a scientific breaktrough some 15 years ago. Researchers found that, next to the receptors that we use to see, there is another type of lightsensor in our eyes. This lightsensor collects information about the light in our environment and that information is important for how we function. Because of this knowledge interest from the light industry is growing and it makes companies become aware of the fact that they can do something with it.”

You also study the effects of light, why?
“There is enough research done in laboratories to know that light influences for example the production of the melatonin hormone. Melatonin is a hormone of the dark; it is a signal of the biological clock. When a lot of melatonin is made, our body knows it is night. Blue light during the night causes less melatonin to be produced and makes a person more alert. But it is acceptable to presume that in the long term this is not healthy. There has still not been a lot of research to investigate the ways we can use light in a good and sensible way to make shift work easier for someone.”

In October 2010 a study concerning blue light in classrooms was released in the media. This study turned out to be financed by Philips, also the creator of the blue lights. The study was heavily questioned. What do you think of this?
“I have not seen the research’ results, so I can not give an opinion on this. It has been shown in other studies that blue light makes people more alert and less tired.”

You yourself are performing research for MediluX, a company that also performs light projects. Does this not influence your research?
No, I can report everything, also negative results. The company hires me as a third party and I made agreements ahead of time that make my research independent. That’s also what the company wants. Still, it remains difficult doing research that is funded by the industry. As  a scientist you should handle something like that with care.